How Are Animals Placed On the Endangered Species List?

A simple definition of an endangered species refers to the number of animals and plants that are left and the fact that the numbers are shrinking. An animal whose numbers have reduced to the point where there is a real risk of extinction is formally classed as endangered.

In the United States the Endangered Species Act (ESA) was enacted by Congress in 1973. This gives the government the responsibility to protect areas that fall into one of three categories:

As can be seen by these three categories the government is responsible for not only specifically protecting plants and animals but also the environment they live in.

How Does An Animal Become An Endangered Species?

Data is examined after it has been provided by local, state and national scientists. Either the US Fish and Wildlife Service or the National Marine Fisheries Service investigates the health of the species using this data.

An animal or plant is placed as a candidate for inclusion onto the Endangered Species List based on a few factors such as:

Should the scientific research that is carried out show that the answer to one or more of the factors listed above is yes, the species can be listed under the Endangered Species Act.

But there is a more important factor at play and that is the fact that an animal is officially recognised as being endangered by a government body such as the US Fish and Wildlife Service.

When an animal species is placed on the endangered list there are significant measures put in place to actively protect the animal and its habitat. Animals regularly appear on and are then removed from Endangered Animals lists by the various government bodies.

Proponents of these animals are often disappointed by the announcement because it suddenly poses a risk that the numbers that have improved are once again at risk of declining. Plants and animals on the Endangered Species List receive special protections from the federal government.

For animals these protective measures make it illegal to “take” one that is listed. Taking includes harassing, harming, pursuing, hunting, shooting, trapping, capturing or collecting the animal. It also means there must be no interference in the vital breeding and behavioural activities or degrading the critical habitat of the animal.

How Many Endangered Species Are There?

The number of endangered species that are listed at any time is constantly changing as the FWS adds and removes species from the list. Studies are always being undertaken and new species are proposed for listing. 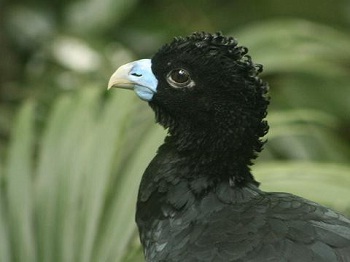 As can possibly be appreciated when you look at the names of these newly listed endangered birds, they are not widely known animals. This becomes a problem because there will not be widespread urgency in the minds of people to go out of their way to save them. In the case of the birds listed above they are endangered due to multiple threats such as habitat destruction, predation, fragmentation and degradation. Worryingly, another of the threats listed is overexploitation by humans.

This brings us to a more general question and that is what are the more common factors for animals whose population was once quite widespread to have become endangered?

There may be single factors at work or a series of connected situations that have put animals in serious danger.

A big factor is a change in the native habitat. For many animals there is a delicate balance that forms the perfect ecosystem in which an animal depends for survival. Any change in the nature of that ecosystem can result in a devastating alteration in the living conditions that means the animals can no longer survive. This might involve the removal of a food source or a change in the temperature. In some cases a wet or moist environment might become predominantly dry. Or the habitat may become polluted or built out by humans.

Disease can sometimes have a devastating effect on the population of a species. If there are only a few places where a species inhabits the outbreak of a disease situation can potentially wipe out the entire species.

Over-hunting, poaching or capture can wipe out an animal species if it were allowed to go on for too long. There are still parts of the world where animals are trapped and sold for profit, taking large numbers out of their natural environment and into an endangered situation.

The introduction of other species into an animal’s habitat can have a devastating effect. It can reduce the numbers of a native animal in one of two ways. The first is directly by the introduced species hunting and killing the native animal. The second is by taking the food source of the native animal which can have serious consequences on their numbers.

A Combination of Factors

As mentioned above, in some situations a few of these factors may conspire to work together to make a once ideal environment suddenly become unliveable. Some animals are not equipped to adapt to a different environment nor are they able to migrate to a new one. The threat of ultimate extinction becomes a real one.

For this reason it is very important that measures are taken by man to ensure the continued existence of all wildlife and plants. The first step is to educate people wherever possible so that there is an awareness of the problem. Without the knowledge that certain actions can have serious consequences there will be no change to a potentially destructive course of action.

This is where bodies such as the US Fish and Wildlife Service and the lists of endangered and threatened species becomes so important.

This entry was posted in Environment. Bookmark the permalink.