Endangered Animals of the Mojave Desert

After writing a little bit about the Mojave Desert Tortoise and the endangered status that it currently faces I began to think about some of the other animals that are out there in ever-decreasing numbers. Many of us think of the desert, no matter which desert we are talking about, as a wasteland where nothing exists. The truth is much different with thriving subsystems doing a balancing act in the harsh environment.

The problem with desert ecosystems is that any seemingly minor change to the way in which it is held together can have serious consequences. Often the results find another desert creature placed into difficulties with its very existence threatened.

A brief look at various agencies tells us that there are a number of endangered species in the Mojave Desert. There are levels that each animal is categorized as that explain the status at which it currently sits. These levels, from most severe to least are Endangered, Threatened, Candidate and Sensitive.

Those animals currently on the Endangered list include birds such as the Least Bell’s vireo and the Yuma clapper rail. There are some fish that are listed as endangered too including the Bonytail chub, the Colorado squawfish, the Devil’s Hole pupfish, the Mohave tui chub, the Humpback chub and the Razorback sucker. 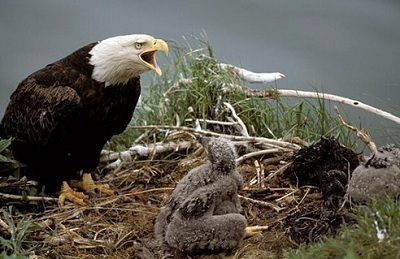 The Mojave Desert is a habitat that has a great diversity in plants and animals but the ecosystem is being threatened by the increasing presence of humans. Factors such as the construction of large residential tracts, the introduction of grazing stock, road construction and agricultural pollutants are upsetting the balance in the desert ecosystem. Habitats are being destroyed and this is serving to increase the danger of extinction in a number of species of plants and animals.

There are some great resources that can be used if you wish to find out more about ways in which the plants and animals of the Mojave Desert can be better protected. Take a look at the sites for the Desert Protective Council, Campaign for the California Desert, Mojave Desert Land Trust.

This entry was posted in Environment and tagged endangered animals, environment, Mojave Desert. Bookmark the permalink.