A Study Into Salt And the Heart

Just when we thought we had a reasonable handle on salt and its effect on our hearts a new study gets published to throw us into doubt again. The belief that lowering your salt intake should be a part of eating a healthy diet has now been challenged by a European study. 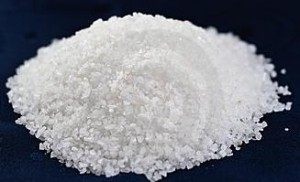 This latest study, which was conducted using 3,681 people without heart problems, it was demonstrated that the people who had the highest level of salt in their diets were the ones who had the lowest risk of dying from heart disease.

The report has been published in the Journal of the American Medical Association (JAMA) and it indicates that those who were measured with the highest level of salt in their bodies were four times less likely to die from heart disease. The period of follow up to substantiate these figures was almost eight years.

What the study did confirm though was the role that salt plays in blood pressure with the systolic pressure being slightly higher among those with the highest salt consumption. But, again, the results also indicated that there was no connection between the amount of salt that was consumed and the development of hypertension.

The debate seems set to continue about the message that is being sent out about low-salt diets. It could become apparent that a low-salt diet is only effective for a certain section of people and it won’t be appropriate to send out a blanket message or warning. It could be that some people are simply more sensitive to salt than others and they are the ones who should take care.

You can read more about this particular salt study and the conclusions that may be made on the Journal of the American Medical Association website.

This entry was posted in Health and tagged salt study. Bookmark the permalink.